Anthony Sauriol, the stables' owners' son, started riding horses at 10 years old and started competing at 12. Starting with the Short Stirrups, the hunters, the equitations and finally the jumpers, he had a lot of different trainers. Moreover, he has been a working student in Florida for two consecutive years; all of this has allowed him to see a vast number of different barns. With that in mind, Anthony and his parents aim to create the best barn for the horse and for the rider. Welcome to Mi Casa Stables, where horses and boarders feel at home.

Located near Montreal, Mi Casa Stables offer pristine installations, offering only the best for the horse.

Inside the barn, horses have access to large 12'x12' stalls with SoftStall mats instead of plain rubber mats. Outside, they each have their own personnal paddock with a shed and a heated waterer, allowing them to be outside all day long.

Being a barn dedicated in show jumping, we have a 70'x200' indoor arena with FEI footing by Soltek, which is the top of the line footing for jumping. We also have very nice and light jumps imported from England. Moreover, the ring is insulated, heated et ventilated with "big ass fans", making training in the arena always comfortable and pleasant.

Spectators may watch lessons and training in our club house where the installations are luxurious and joyful. There is also a balcony by the club house, offering an impeccable vue on forest and on all the horses in the paddocks.

Boarders have access to their own locker in a very spacious and heated tack room.

Diane has over 50 years of expertise in the equestrian industry and has demonstrated amazing training skills throughout her career : Eric Lamaze, a renown athlete of our day, is living proof of that. Proud to have herself developped his riding skills starting at a young age, he eventually conquers the gold medal in the 2008 Olympics in Beijing and a silver medal at the 2016 Olympics in Rio de Janeiro.

Her degree from the "École Nationale d'Équitation" (Bruce Fuller: Saumur, France) as well as her experience as an owner and manager of many equine businesses, including Torrey Pine Stables owned by Lamaze himself, have greatly contributed to her management abilites.

At a young age, she was a student and a worker for George Morris, Olympic gold medallist and former chef d’equipe of the USA Jumping Team. She has herself participated at high level competitions in the US as well as in Canada.

Anthony competes on the provincial, national and international circuits. Every year, he trains and competes in Ocala, Florida, bringing home great winnings and visibility. He started in the hunters and equitations before doing the jumpers, which contributed greatly to his success.

He has always had young horses that he has developped himself, and Pbm Cascada is his greatest success, bringing her along from the 1m20 all the way up to the 1m40. He is now developping Rozsa, with who he has won multiple 6 and 7 year old classes already.

He worked and learned immensly from Kirk Webby in Florida, who participated in the 2008 Olympics. Other trainers, such as Beth Underhill and Emil Spadone contributed and are still contributing to his riding path along with Diane. He is now riding in the U25 and the 1m40 categories with his mare Cascada, and hoping to do bigger classes with Rozsa, who will be 8 years old in 2020.

Board, lessons and training

Our base board includes stall cleaning 2x/day, a personalized diet of grain and very high quality hay for each horse, turnout by staff offered two times per week as well as the use of all of our installations  including  our  indoor arena,  an  outdoor  arena  that will  be  ready  for  Spring  2020,  a  large  tack  room  and  a  locker  per  horse,  our luxurious  club  house with  a  balcony as  well  as  two  indoor  showers  and  one  outdoors.

Our Full Board includes all the services from the base board whilst adding daily turnout by our staff as well as lessons and trainings given by Diane. She will make a training program taylored to the rider's goals and to the horses' capacities.

Please contact us for further information on the other services we provide or if you have any questions regarding our services.

Outside riders wanting lessons in our high quality arena with an amazing trainer are welcome, wether it be one or multiple lessons. For those who want multiple lessons during a week, they may reserve a stall for that time if there is enough space, and the horse will be under our care whilst including all the services mentioned above.

Training, Buying and Selling of Horses

Diane and Anthony have many contacts in the horse world help you find the right horse for you based on goals, level and budget. It goes without saying that they also provide the sale of horses as a service through the variety of their contacts. 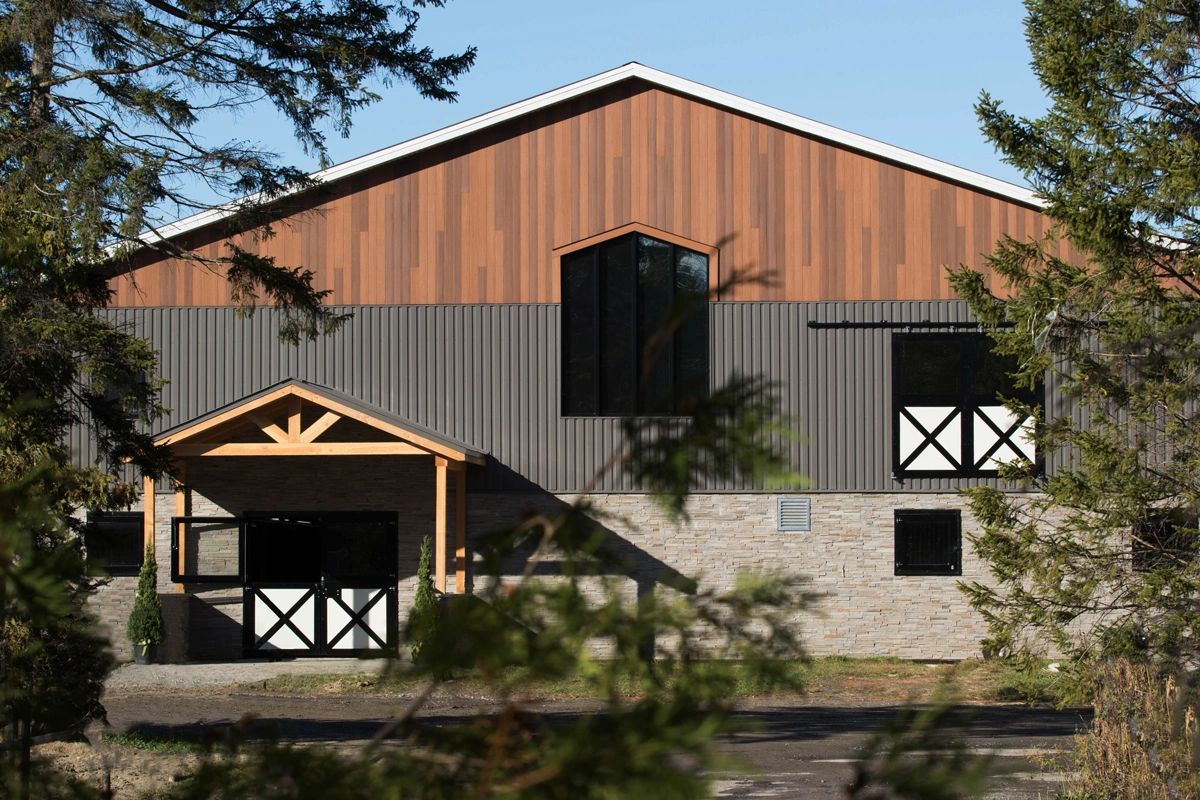 It is through a wooded path that you will be directed towards the stables, far from distractions and in total privacy. 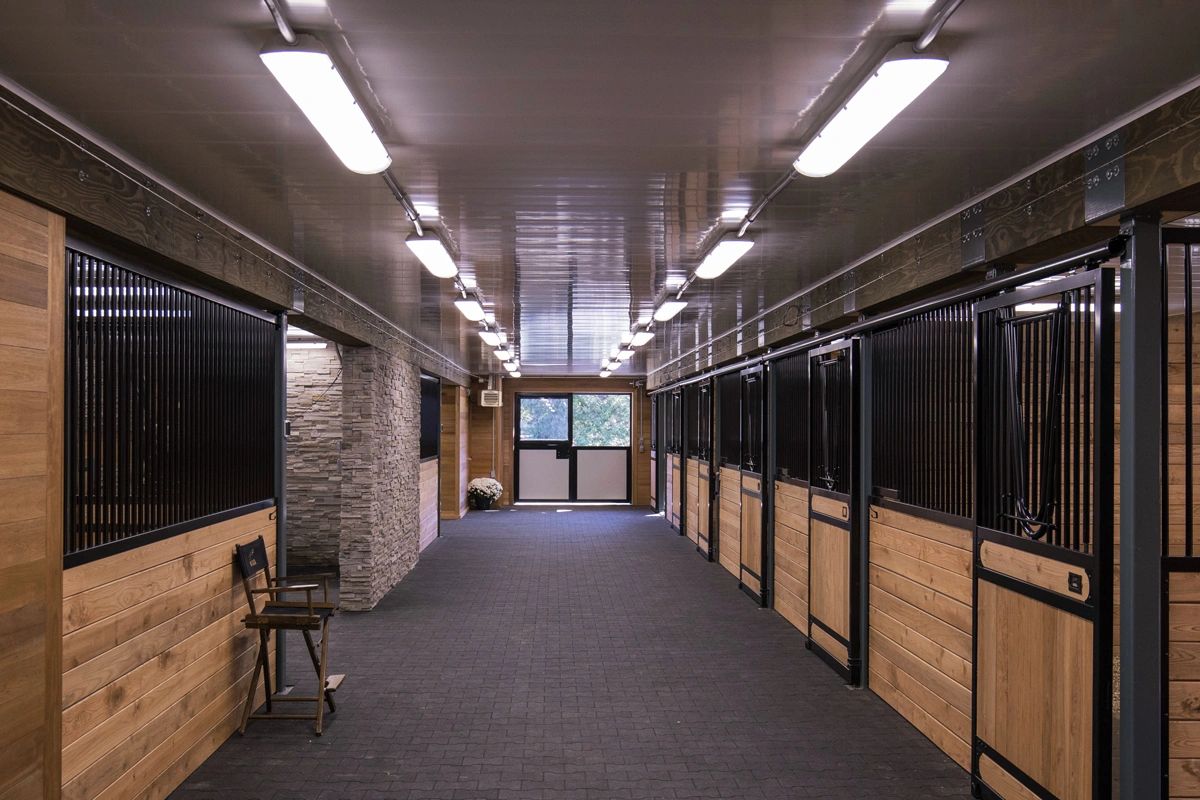 The aisles are wide and paved with rubberized tiles for increased comfort and aesthetics. Your horse and your body will thank you for it. Our stables accept a maximum of 16 horses. 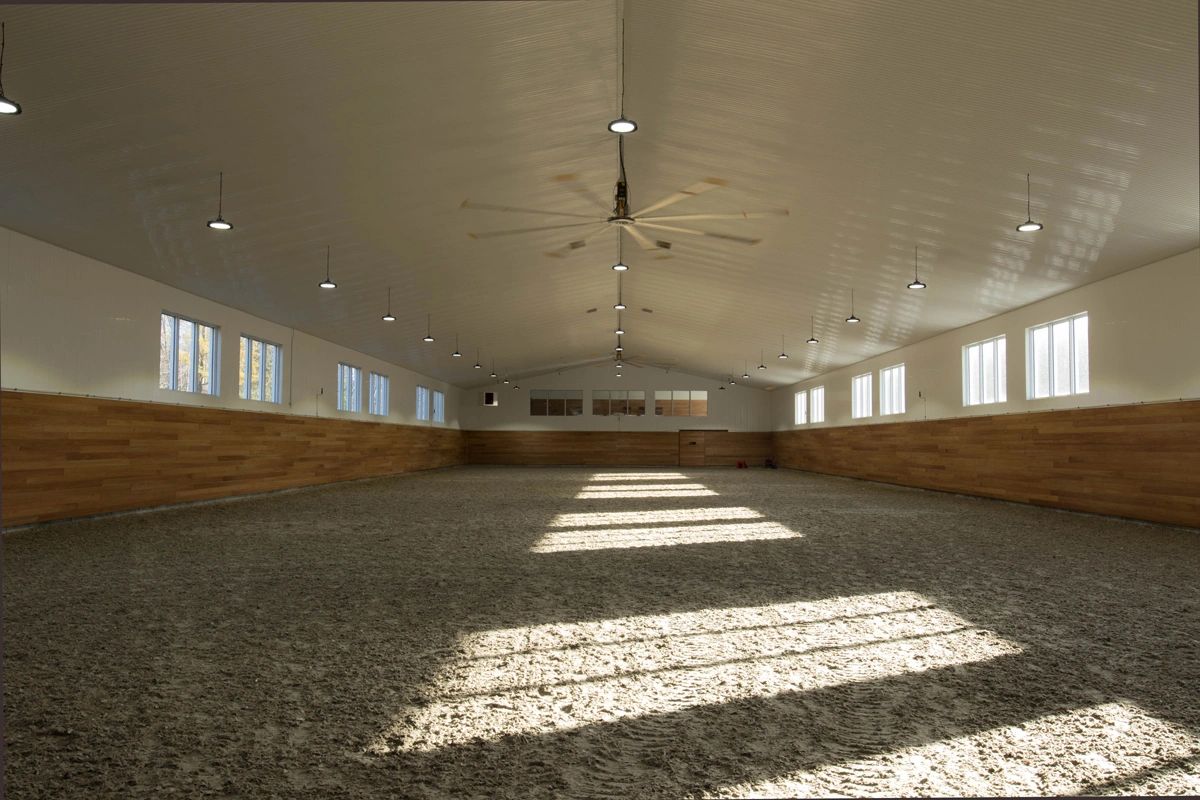 Our 70 'x 200' heated and insulated arena is well ventilated and has a sprinkler system. The olympic quality FEI footing is watered and dragged at least once a day. 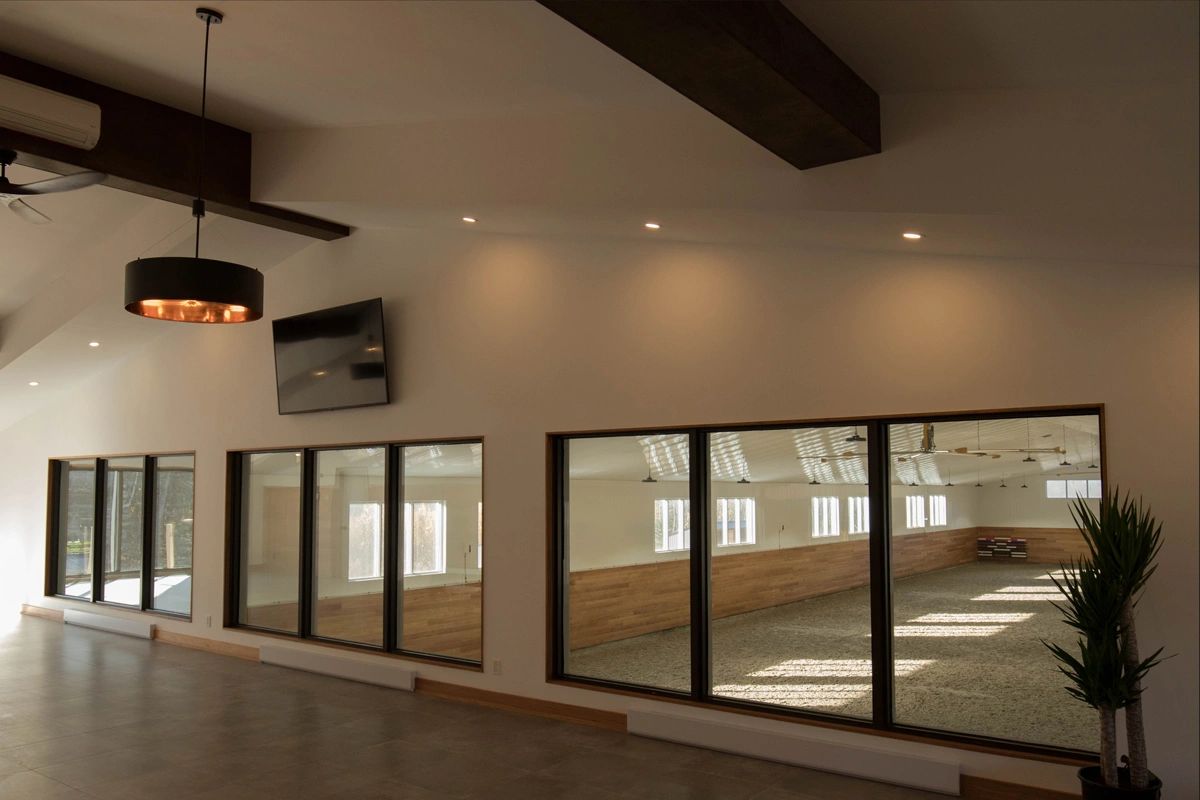 Our club house offers a complete view of the arena and a large balcony to enjoy the forest, while watching all the horses in their paddock.

At Mi Casa stables, each horse has its own paddock. This allows them to stay outside all day... living their best life! 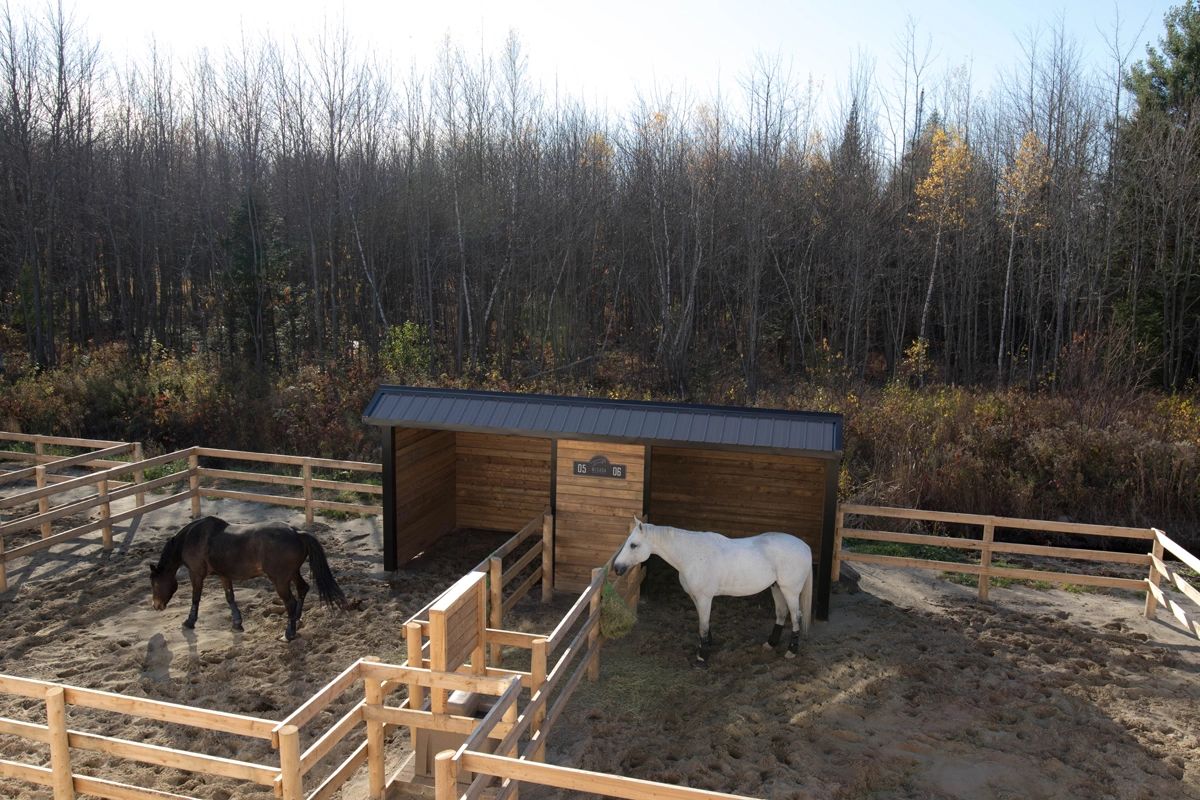 Each paddock of 26 'x 30' provides shelter and a heated waterer. seperation between the paddocks and a  wall between the horses inside the shelters offers them optimal protection.

SEND US A MESSAGE